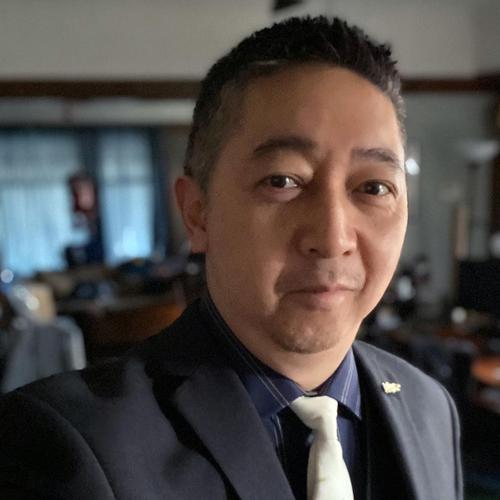 Johnny K. Wu is, a veteran award-winning producer with an MBA (from Cleveland State University) specialization in branding. He co-founded the Cleveland Asian Festival and founded Cleveland IndieClub to provide a voice for local visual artists to showcase their work and visions.

A native Clevelander raised in Central America, Johnny K. Wu is, a veteran award-winning producer with an MBA (from Cleveland State University) specialization in branding. Fluent in Chinese, Spanish and English, Johnny is well known and respected within the Asian Pacific American community in Ohio, he is one of the co-founder of the Cleveland Asian Festival, as well as recognized by ethnic cultural groups as the Producer for Cleveland Cultural Gardens’ One World Day since 2015.

Wu is one of the few pioneers in engaging talents/skills in Cleveland’s independent filmmakers’ industry. In October 2003, he founded the monthly Cleveland IndieClub to provide a voice for local visual artists to showcase their work and visions, IndieClub was a national movement with meet up at numerous cities, Cleveland is now the oldest running group. Owner of Media Design Imaging (mdifilm.com), Johnny has been working providing video and event producing to corporates and independent filmmaking community since 1998. He also has numerous feature films successful distributed worldwide since 2005. He has given workshops and talk about filmmaking, marketing, producing and distribution at several conventions including Wizard World Cleveland for 5 years, Horror Hotel Film Festival and Convention (since its inception), IndieGathering Film Festival and Convention for over 10 years, and at CES and NAB in Las Vegas. Recently due to the Covid-19 restrictions, he has started a weekly live chat interview with filmmakers on his YouTube channel (youtube.com/mdifilm)

Johnny is currently in post production on his latest and perhaps, his last feature film Wu Lin The Society, a scifi action film and will be distributed in 2021. In his spare time, he loves to watch movies, eat different cuisines and sleep.

Wu currently sits as an executive board member of St. Clair Superior Development Corp, member of the International Task Force for Cleveland Museum of Art, WKYC Community Council Member, City of Cleveland Consumer Affairs Community Board, VP of Organizations Relation for OCA Cleveland Chapter, to name a few. He is an inductee to two Martial Arts Hall of Fames, and an inductee of the International Indie Filmmakers Hall of Fame.