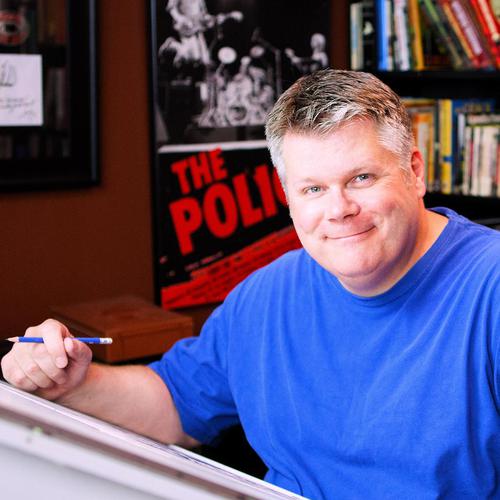 Owen Garratt has been a best-selling, full-time artist for over 25 years. Thousands of corporations have purchased his art and he has done portraits for celebrities. He recently wrote and self-published his first novel.

From Professional Artist To Self-Published Author

Owen Garratt has been a best-selling, full-time artist for over 25 years. Thousands of corporations have purchased his art, including BMW, Cargill, ReMax, Cummins, CNR, Hertz, Halliburton and many more.

Comedienne Joan Rivers and several others.

Owen started Marketing Tools for Artists in 2016 as an info-marketing business and has helped over 13,000 artists from around the world and sold thousands of courses. He runs it as a “one-man operation”, and handles every aspect of the business himself, from copywriting, web design and building, video production and editing, course creation, managing affiliates to running his own Facebook and YouTube ads.

Owen is also a Civilian Instructor with 755 Parkland Air Cadets and is a Duty Officer, a Level Three Instructor, a Biathlon coach, a marksmanship coach, and runs the Pipe Band program (and for the past 14 years, Owen has been the Drum Sergeant with the Spruce Grove Fire Service Pipe Band).

Owen also placed 3rd (behind 2 PhD's) in the Season Two finale of “Canada’s Greatest Know It All” on The Discovery Channel – and was voted “Most Likely to Win” by viewers on the Discovery Website!

By clicking 'Accept', you agree to the use of cookies. To learn more see our Privacy Statement.