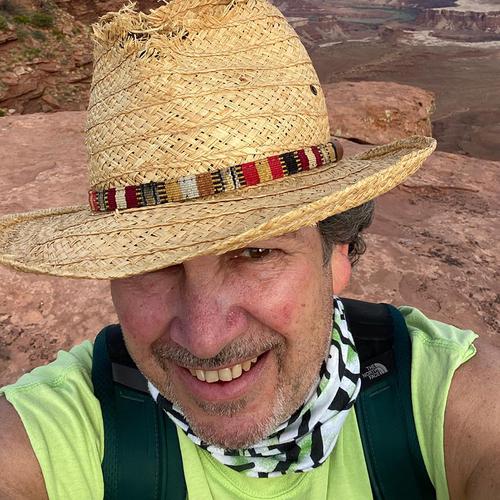 Paul Bassis boasts many years as a music festival producer, concert promoter, tour producer and artist manager with a career spanning more than 30 years as an independent entertainment entrepreneur. He co-founded and produced Colorado's ARISE Music Festival, and now he combines two of his long-held passions, art and entrepreneurship in his new startup, ArtFan.

The Next Normal: How Our Art Startup Will Change Artists Lives

Producer, Strategist, Entrepreneur, Benevolent Instigator. Throughout his persistently unconventional career spanning more than 30 years as an independent entertainment entrepreneur, Paul Bassis has consistently found ways to bridge entertainment and activism in each of his entrepreneurial and creative endeavors. By the early 1990’s he had firmly established his reputation in the live music industry as a producer of one of the era’s premier summer music festivals, the internationally celebrated Reggae on the River. For over two decades, the annual Northern California gathering was universally considered “the best reggae music festival in the world,” achieving unparalleled popularity and success in the reggae and world music genres, annually selling out the venue's capacity of 15,000 attendees.

After many years as a music festival producer, concert promoter, tour producer and artist manager, Bassis took a leap of faith when he left the music business to create a boutique management company and speaker agency for high profile environmental activists. When describing the work he did during those years as “facilitating the radicalizing of celebrities and the celebritizing of radicals,” Bassis freely admits that he made up the word “celebritizing” but claims there is no better existing word to accurately characterize the work he did in “helping important voices be heard.”

In 2013 Bassis took another leap of faith when he Co-Founded and Produced Colorado's ARISE Music Festival. A cross between a traditional music festival and a co- creative festival, ARISE grew steadily and quickly in 7 years to become the most popular camping and music festival in the state of Colorado with attendance reaching 13,000 in its final year with Bassis sharing the helm before he parted ways to pursue ArtFan and combine two of his long-held passions, art and entrepreneurship.

Paul Bassis is pretty certain that he has legitimately cheated death three separate times in his life and now reminds himself on a daily basis that this life we live is not a dress rehearsal.

By clicking 'Accept', you agree to the use of cookies. To learn more see our Privacy Statement.